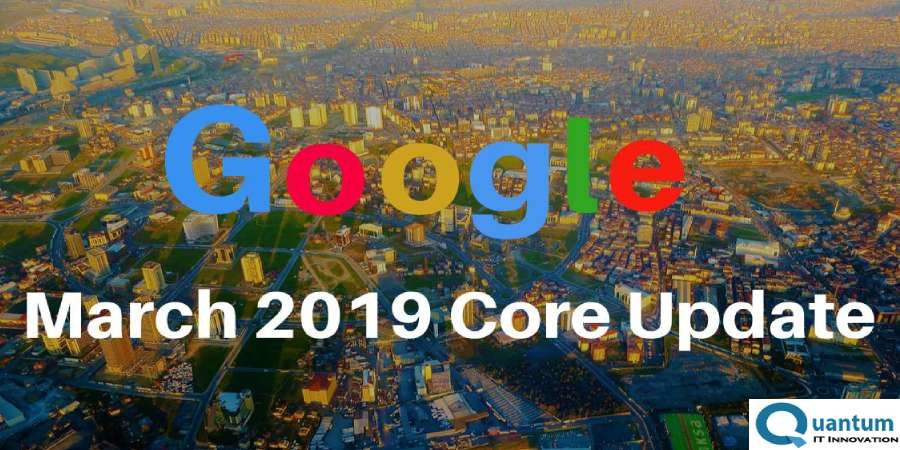 Reaction and feedbacks to Google’s March 2019 Core Update a.k.a. Florida2 is mainly upbeat than negative.  This has become a very common theme among the SEO community is that Google’s March 2019 update is behaving like a rollback of the other previous updates.

There has been an unreasonable amount of discussion and debate about the name of the update. But now we have an official name, Google’s search Liaison.

The Core Algorithm Update March 2019 Feels Like a Rollback

Founder of WebmasterWorld and PubCon, Brett Tabke was given the advance notice of the update. He was mentioned that this update would be among the biggest in the years.

When it was asked what he thought about the update so far, his expression was indicated that it looked like a rollback of the previous algorithms. What he really meant was many websites gets penalized and now they regained their traffic and SERP positions but with this update, it rolled it back. This update can affect your SEO ranking.

The data that Sistrix has shown was based on the UK winners and loser. That wasn’t related to the USA. The information gives the hint of why the update feels like a rollback.

Because so many losers appear as the winner and give the impression that this update is a rollback. This is hard to believe that Google rolls back the updates.

It is believed that in this update they improve how sites are ranked, this is a positive effect for the sites that previously lost their rankings. so, although it may look like a rollback. Whatever changes had done appears like a rollback.

Sistrix observed their data and it indicates towards the sites that were loses tended to have a long tail position. This means that the amount of traffic that associated with the loss of rankings was proportionally softer than the loss had been occurred due to the loss of more important rankings that represented a higher amount of traffic.

This based upon the anecdotal observation that doesn’t feel like a major update.

Mainly, 70% of the sites that were losers and their sites hit by previous algorithms. If the data is right and extrapolates to the other countries, that means the major damage was sustained by the sites that had already lost its ranking and positions. That contributing that this update isn’t that big.

There have been many advances technology in information retrieval in the past years, so it’s difficult to pinpoint at one and this is what the update all about. It could be just one addition or just more than one.

For example- Google recently updated a research paper titled that is non-delusional Q-learning and Value Iteration.

These research paper notes can be biased in “reinforcement learning” or a fundamental aspect of machine learning.

I’m not explaining that Google has introduced the more effective and accurate version of machine learning, one that reduces a building-error. I am just simply citing a research paper note as an example to take other research papers published by Google that may have some clue to what is going on.

A New Relevance Signal for Ranking

It means the some of the web pages that are relevant to the topic that users search give context to what a user wants and secondly it also shows the preferences by detecting it from their history in the search engine results pages (SERPs) can help reinforce the age of the document.

I am not saying that all the above research papers are the reason behind of Google update. I am just showing the two recent advances are illustrating it, what the stage of the art is today. Many people believe in 200 ranking factors and that Google update is ‘targeting’ the low qualities sites. But this is an incorrect method to understand the algorithm of Google.

As you can see above Google Updates are more complex than just 200 ranking factors. Do you want Digital Marketing Services?

Google Explanation of the March 2019 update

I expect at some point in the future Google may explain what was introduced. If the change is related to something mentioned above, then Google might seek to obfuscate what the algorism is about or what the results of that algorithm are.

The fact is that Google was not targeting medical sites. Unfortunately, this poor observation resulted in confusion. The false idea is Google was targeting the medical sites persists. This shows the danger in reaching conclusions is construct on limited observations. It’s too bad o listen that so-called medic update was so named and it’s great confusion.

At last, I want to say that it’s the best for all of us to wait for the information from Google and normally finds the patents and research, and then begin to unknot what happened. This is the best prudent way to understand Google updates.

We also recommend people to focus on Local SEO because that rarely affect by algorithms updates.

This data from Sistrix will go a long way to understand why Google’s update feels like a rollback to most of the publishers. I don’t think this update is a rollback.