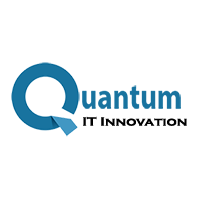 COST OF MAKING AN APP

How much does it cost to make an app?

The cost to make an app is most often based on the number of hours that a project may take, and the more difficult the functionality, the longer it will take to implement it. So here we divide apps into three categories – simple, middling complexity, and highly complex and try to give a good answer to the question “how much does it cost to develop an app?” We will calculate the cost of a based on a $50/hour rate.

Simple apps generally include some basic functionality and it doesn’t require the integration with any third-party APIs, and don’t need backend developer as well. For example, the features of such an app can include standard UI components, simple filters, a feed list, and map markers. Developing a normal app can take up to 600 hours and starts at $ 20,000. An example of such an app is BitHorse, a Twitter for horse racing which we built for a USA-based client.

Middling complexity apps may include custom UI features, payment features, real-time chats, tablet and integration with APIs, handset adaptation, and a simple backend server. It takes around 600-800 hours to build such an amazing app and the price starts at $ 35,000 – $50,000.

The cost to make an app like high complex is very high but it includes very advanced functionality, real-time synchronization like an audio/video processing custom animations, complex backend, integrations with third-party services, with several types of database relationships, and more. The timeframe for building this much complex app is 800+ hours, and the price starts at $60,000 – $80,000. For example, a dating app, a fully-fledged social network application, or a video streaming app may all fall into this category.

The cost to make an app doesn’t only depend on development time and its hours.  The cost of app development depends upon on a number of factors that are needed to implement an idea complete the work successfully. It also includes talent, type, and complexity of the product, and post-release support.

Depending on the requirement of any project, a development team can be basic or extended. If you are preparing your app with a basic team then it requires a project manager, a UI/UX designer, at least 2 programmers, and a quality assurance engineer. If your app needs a backend developer to develop an API, then you also have to hire a backend developer.

Now, if you are dealing with an extended team then it requires panel designer, 2-4 iOS and Android developers for both the platforms and rest of the player are already mentioned in the basic team.

The complexity of the product is the major factor when it comes to the development of an app. The following three factors will describe the cost to make an app-

There are millions of features that include technical complexity to a project. Some of the very common examples include:

Some functionality in mobile applications needs integration with the third parties libraries, services, and frameworks. For example- by implementing payment features, we can integrate with such services like stripe or Braintree. Real-time chats are easily implemented with the help of layer, Pubnub, or actor. By adding social media sharing into an application can be accomplished with Google+, Twitter, Facebook, and other social media network APIs.

A backend is an operating system that provides APIs to enable the exchange of the data between a mobile app and a database. The backend completes the application by use of a business’s logic.

An admin panel is a very useful tool that makes the tool very easier to operate apps. Manage the users and content; view the stats, and more. Finding a high quality and flexible admin template can be difficult. On the second hand, building a unique custom solution for your business needs might be much more difficult and can maintain the cost to make an app.

Virtual goods to additional functionality there are many forms of in-app purchases that we can implement. There are wide ranges of tasks available that you can go into the implementation of in-app purchases, and therefore they often add some technical complexity to a project.

Must Read: How to outsource app development

Moderns Smartphone is packed with many different hardware components such as gyroscopes, accelerometers, NFC, heart rate sensors, Bluetooth, GPS, barometers, and others. But the hardware set may vary depending on the type of device and manufacturer. Finding the right approach for each and every device and testing how different hardware components can communicate with software, may increase the development cost to make an app and its time.

The Number of devices and OS

For the Android application, the world looks much more diverse. When we decide the device to support, there are three factors that influence our decision:

This also applies to the Android OS versions. We currently support the versions from Jelly Bean 4.1 to Marshmallow 6.0 on the majority of our projects.

More devices will need more time for spent on adapting the application for various screen sizes, resolutions, testing, and hardware specifications. However, if you choose to support only the best and most popular Android devices, this won’t affect the app creation cost as much.

By giving the fragmentation of the Android market, an Android application development cost can exceed the cost of creating an iOS app.

Custom user interfaces are very complex to implement, so the cost to make an app can be higher than the price of building from standard components. When it comes to custom animations then it becomes quite tough to choose the best and right one. For example, one of the latest and popular animations is called Eat Fit and it’s designed for the activity of tracking apps.

An average cost to make an app development budget isn’t solely comprised of the funds that you can spend on the actual programming activities. You should also take your account into all the money that goes into growing a product. Just like with any of business, an app needs updates, cloud hosting, customer support, backend servers maintenance,  and even legal support, not to mention app marketing and promotion that can make a huge impact on the product’s success.

An app development team and costly app elements, post-release support aren’t included its initial cost estimates, but rather it is provided as an additional service by most of the software companies.